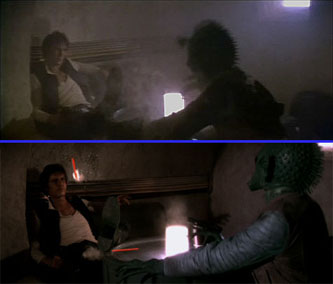 Funny that, when George doesn’t want anyone to see his own films as they were released at the cinema and on video for a decade.